F-DPCH on a live network (finally)

F-DPCH (Fractional Dedicated Physical CHannel) was first defined in 3GPP rel6 and then further enhanced in rel7 to overcome some soft handover limitations. Once HSDPA is used for the transfer of user data and L3 signalling (RRC & NAS) it allows the multiplexing of up to 10 users on a single SF 256 code for the purposes of sending TPC (Transmit Power Control) commands in the downlink.

As shown in the table below, 3GPP define 10 slot formats which effectively move the position of the TPC bits in the slot. 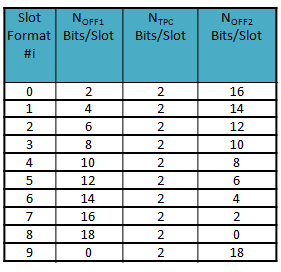 The obvious benefit in using F-DPCH is the savings in OVSF codes in the DL. Even though the rel99 DPCH uses only a SF256, once the number of simultaneous users increases (it can easily reach 50-60 users in a busy cell) the impact is quite substantial as sixteen SF256 are equal to one SF16. So clearly 50-60 SF256 will block a large portion of SF16 codes that HSDPA requires. With F-DPCH we can multiplex 10 users on one SF256 thus the impact on the OVSF tree is greatly reduced. On top of this there are savings in DL power and DL noise reduction.

It has always struck me as quite strange then, that mobile operators did not embrace the usage of F-DPCH sooner. As I recently discovered though, things are starting to slowly change and F-DPCH is being used by some operators.

This particular one was Wind in Greece and specifically in the area of Athens that has been upgraded due to a swap (to Huawei).

As can been seen from the trace below the UE signals to the RNC its support for F-DPCH in the RRC Connection Request. This allows the RNC to configure SRB over HSPA and F-DPCH from the RRC Connection Setup message if the establishment cause is related to a PS session. In this particular network, this option was not used and the SRB was mapped to DCH channels initially. 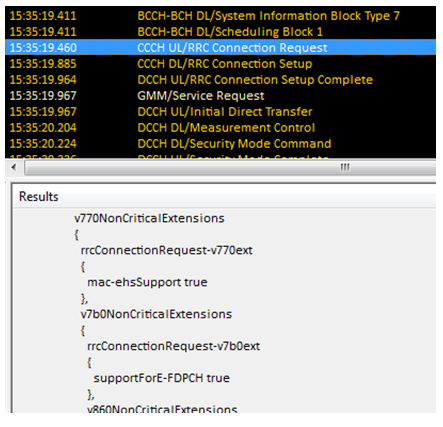 The actual F-DPCH configuration is activated in the Radio Bearer Setup phase as shown below. At the same time the SRB is also mapped on HSPA channels as this is a pre-requisite for F-DPCH. 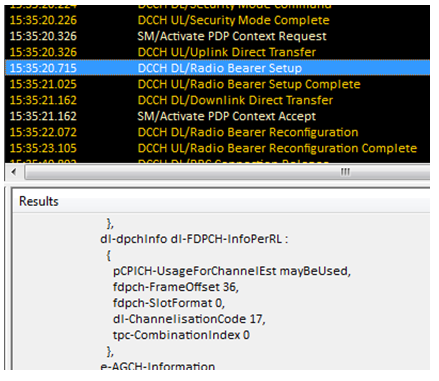